Best possible soldering results with and without vacuum

The CondensoX series is based on a well-conceived design, in particular with regard to the hermetically sealed process chamber. Without moving the PCB during the process, the CondensoXM combines vacuum profiling and temperature profiling into a single system. Since the PCBs are not moved during the process, any shifting of the components is virtually ruled out. This, as well as outstanding temperature profiling, reduces failure rates and improves total cost of ownership.  The CondensoXM is equipped with an extended conveyor axis, and can thus be flexibly integrated into the existing workflow.

Condensation or vapor phase soldering makes use of heat released during the transition from the vaporous to the liquid state in order to heat up the PCB to be soldered. Temperature remains continuously constant during the medium’s change of state (phase transition). As a result, the maximum temperature of the PCB cannot exceed the boiling point of the medium (Galden®), or its condensation temperature.

The soldering process takes place in a sealed process chamber. The vapor allows for extremely effective heat transfer to the PCBs due to the release of heat during condensation. In addition to this, the medium’s boiling point limits the maximum soldering temperature so that the PCBs cannot, under any circumstances, be damaged due to overheating.

As a unique feature in the field of condensation soldering, the handling systems included with the CondensoX series can be subsequently adapted according to the customer’s needs. And thus the basic system grows along with your requirements without forcing you to invest in a completely new system. You simply replace the loading system and are thus provided with optimized production equipment utilization.

A patented principle with clear-cut advantages

A defined quantity of fluid (usually perfluorpolyether) is vaporized during operation in the process chamber, which is hermetically sealed by means of a bulkhead. The vapor allows for extremely effective heat transfer to the PCBs due to the release of heat during condensation. The temperature of the medium remains constant. In addition to this, the medium’s boiling point limits the maximum soldering temperature so that the PCBs cannot be damaged due to overheating. This, as well as the ability to control the volume of injected liquid and intermediate exhaust of the vapor, also makes it possible to precisely adjust the temperature/reflow profile of the PCB. Flawlessly reproducible soldering results are thus guaranteed, which increases process stability.

After the soldering process, the PCB can be advanced out of the process chamber for cooling. Here you’re provided with the option of reducing the standard air cooling temperature to a constant low level with the help of water. This makes it possible to cool the PCB absolutely uniformly, and above all more quickly. Furthermore, the machine’s ambient temperature is not significantly increased.

A partial vacuum is generated when the vapor is drawn off, assuring quick drying of the PCBs. The vapor is cooled down after it has been drawn off. After it has condensed, it’s filtered and impurities are removed. The fluid is then returned to the soldering process. Due to the fact that the process chamber is hermetically sealed, only minimal loss results from vaporization during the soldering process. Medium consumption, as well as costs, are thus significantly reduced.

Advantages for your manufacturing process:

Manual loading with workpiece carriers outside the process chamber

The CondensoXM is loaded manually from the outside. The workpiece carrier is advanced to the loading/discharge zone along an extended conveyor axis to this end. The operator can then conveniently insert or remove the workpiece carrier. This is above all helpful for large, heavy PCBs. The maximum dimensions of the goods to be soldered are 650 x 650 x 95 mm. The workpiece carrier can be equipped with up to 6 lanes and has a fixed side-panel which serves as a starting point, as well as five adjustable crosspieces.

PCBs are transported strictly horizontally through the soldering system. The PCB is stationary during the vapor process. In this way, components cannot be shifted out of place while the solder is molten. This significant disadvantage of conventional vapor phase soldering systems, for which continuous vertical motion of the PCB is required during soldering, has been eliminated as a result. The scrap rate is reduced – along with your costs.

The advantages at a glance:

Void-free soldering with lead-free solders is an important prerequisite for the production of power electronics. However, minimal void rates are only possible with soldering processes during which the molten solder is subjected to a vacuum, making it easier for any remaining residues to escape from the solder joints. For this reason, the Condenso can be equipped with a vacuum pump upon request. This results in solder joints with surface contact ratios of greater than 99% in some cases.

In addition to the vacuum process during the melting phase, a vacuum can also be generated before the actual soldering process. This not only assures uniform injection of the Galden®, it also allows for outgassing of solvents from the solder paste. Moreover, the Condenso can replace the oxygen in the chamber with nitrogen thanks to the use of the pre-vacuum function. Oxidation problems are avoided as a result.

Optimized results thanks to vacuum!

There are lots of applications, for example in the field of component manufacturing for power electronics, in which low void rates are specified. However, such low void rates can only be realized with soldering processes by means of which the molten solder is subjected to a vacuum. This, as well, is no problem for the CondensoX product range – with just two additional steps: vacuum generation during the melting phase and an option for pre-vacuum prior to the actual soldering process, thus making it possible to achieve void-free solder joints in just five steps.

Just 3 steps to the creation of a profile – and just 5 for vacuum!

Profiling can be so easy! With Rehm’s CondensoX you only have to complete three steps in order to create an ideal profile for your PCB. Furthermore, you’re provided with endless profiling options, allowing you to further refine and adapt your profile depending on the PCB and the specified requirements.

As a rule, however, the following 3 steps are enough to arrive at your goal – the ideal temperature profile for your application:

During the first step, the PCBs are preheated by injecting the Galden® by means of our patented injection process. The ideal soldering temperature is then achieved by injecting additional Galden® during the second step. Subsequently, the medium is exhausted from the process chamber and the PCB is cooled down during the third step – finished! Profiling can’t be any easier than this!

Vacuum not only assures uniform injection of the Galden®, it also allows for outgassing of solvents from the solder paste. Vacuum during the melting phase makes it possible for gases still present in the solder paste to escape even better, thus providing for surface adhesion of greater than 98%.

The wireless profiling system (WPS) is a temperature measuring system which can be used for wireless acquisition of the reflow profile without a separate power supply. Thermocouples and data loggers with tracking are thus rendered unnecessary. By means of the integrated evaluation unit and with the help of simple test PCBs, the temperature profile can be continuously monitored in an uncomplicated fashion and documented, e.g. for the substantiation of quality. 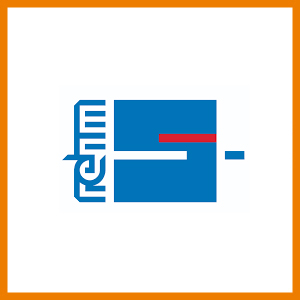